The Future Direction of Office and Office 365

Office 365 is a Microsoft cloud subscription service that provides the Microsoft Office application suite plus other services such as OneDrive, Microsoft’s cloud storage solution, all for a fixed monthly fee. It’s been around since 2011 when it replaced their Business Productivity Online Suite, or BPOS, which was aimed at corporate customers.

Office 365 is aimed at any user of Office and is a much larger move into Microsoft’s “mobile first, cloud first” strategy than BPOS ever was.

There are three non-business editions, three small to medium business editions, and several enterprise editions. Each differs slightly in cost, feature set and the number of devices that can be used per user, to provide the flexibility that Microsoft’s customers need. And each comes with 1TB of personal cloud storage space included, courtesy of Microsoft OneDrive.

I consider it a better choice for any home user or business compared to buying Office software licenses and, barring changes in strategy that can’t be foreseen right now, it is the future of how Microsoft will sell most of their products. 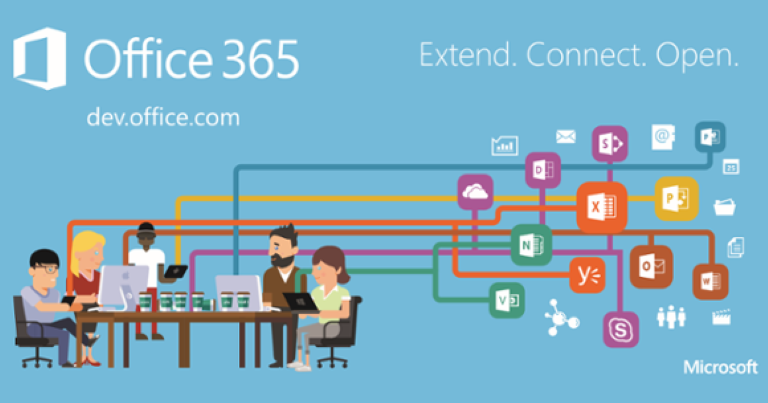 Gone will be the old model with long development cycles and monolithic releases of software (Windows 7, Office 2013) that cost you a big chunk of change every few years in upgrade licenses, and in the labor required to upgrade your devices and train staff, and in its place will be the new monthly subscription model with rolling updates and built in support services.

Although you have a choice right now between the two models, it makes sense from Microsoft’s point of view to move Office to a fully subscription model at some point in the future. Any business prefers regular monthly income and manageable, incremental changes to their products over large, costly and risky changes that may or may not generate income. Releasing a version of Windows or Office that doesn’t lead to income growth is money badly spent, and it can lead to income reduction which is even worse.

And it’s better for us, too, as we can handle smaller changes better than large ones. We’re used to incremental changes in software thanks to our ubiquitous smartphones and iPads. We can save time and money on upgrade labor and on re-training our staff. And, harder to measure but still important, the extent to which changes to the software differ from what we need and want will be smaller and it will be easier to revert or amend an unpopular change.

Windows 8.1 and the later Windows 8.1 Update were large changes to the Windows 8 user interface intended to fix what people didn’t like about Windows 8, and Windows 10 is the final culmination of those changes. Imagine instead that the initial changes were added gradually. Either we’ll have time to get used to them or Microsoft will have time to step back from them if they prove too unpopular. Either way, we both fair better.

Being able to run Office apps on iOS or Android gives us more flexibility in our device choices and in our work day length and structure. I can read and make small edits to documents on my phone and make more detailed changes on an iPad or an Android tablet. Dependent on how much of my time is spent creating documents from scratch and how much time reading or slightly amending existing documents, I can be more productive on the move than ever before.

The move of software costs from every few years to every month helps our bottom line as much as it helps Microsoft, not least because we can easily size up and down our commitments based on our staffing changes. If somebody leaves, you stop paying for them, if you get a new member of staff, you add them on to your bill.

If only all of our business costs could be managed in this way.